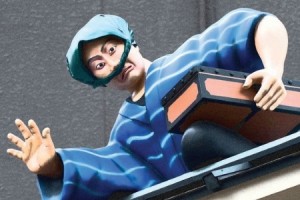 We have often heard about the different perceptions that international students might have about what is considered to be plagiarism in Western universities. Until now, I have had only a vague notion that in ‘some cultures’, it is considered desirable to reproduce the words of the master or the expert. I did not really understand the extent or ramifications of this philosophy until I read this article in The Times Higher Education about the way supervisors and students work in academia in Japan: ‘Stick to the master plan’ (Times Higher Education, 20 June 2013).