On Weds 5 May 2010 RunCoCo hosted a meeting of Oxford-based community collections and similar projects, as well as other experts with an interest in community contributed digitisation, crowdsourcing and community enriching of an existing collection with tags or comments. In this post you may read about the meeting’s purpose, agenda, speakers and delegates. In an additional page of this blog you can now read our recorder’s write-up of the day. In future we will also publish photos as well as audio/video from the discussions. Watch this space! 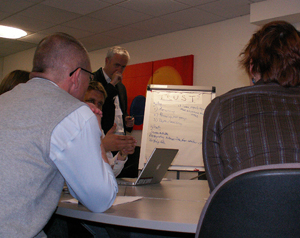 Purpose of the meeting

This meeting was free of charge and open to anyone based in the University of Oxford or from the education/public sector near Oxford. It was intended for anyone interested in community collections (like The Great War Archive) or working to harness a community to enrich an existing collection with tags or comments (like Galaxy Zoo). The meeting had a number of purposes: