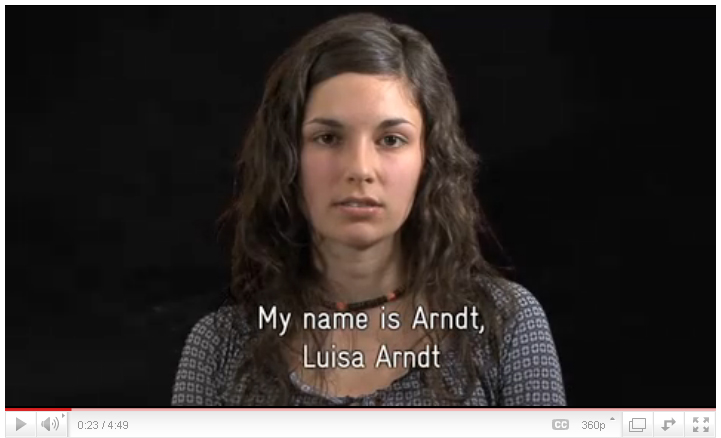 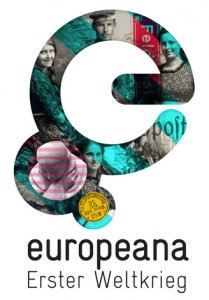 Online, anyone can submit family memories and photos of letters, postcards and studio portraits that relate to that War. There are also a series of roadshows in 4 German cities where the public will be invited to come along with their material for the team to digitise on the spot. Although the emphasis is currently on the German experience, Europeana (who are funding this) are planning to roll this collection out to a number of other countries in the lead up to the centenary of 1914-1918.

RunCoCo (based at the University of Oxford) has been supporting the work of the DNB, offering training and guidelines and the CoCoCo open-source software that is being used to collect contributions from the community.We will be travelling over the next 3 weeks around Germany, and updating our progress on this blog and on Twitter, follow #Europeana and @RunCoCo!

The press campaign is built around a film based on a fascinating story from The Great War Archive (which the RunCoCo team ran in 2008). The friendship of RAF man Bernard Darley and German prisoner of war Otto Arndt was one which the team blogged about. A short film about this unlikely friendship illustrates the Erster Weltkrieg in Alltagsdokumenten project’s intention vividly. Luise Arndt, Otto’s great-grandchild, finds out more about her grandfather on the Europeana website and even gets in touch with Bernard’s family. The film is available to view on the website, and can also be seen in YouTube, (pictured above).

The press release can be downloaded from the Europeana press pages as a PDF, and the text includes:

Pictures, letters and memorabilia wanted – Berlin, 24 March 2011: “The First World War in everyday documents” is
launched today with a call to the public in Germany to participate in building a
digital European archive by contributing private memorabilia from the First
World War. We are looking for photographs, letters, diaries, short films, audio
recordings, objects and their stories. Following the launch of the project, four
roadshows take place in Frankfurt am Main, Berlin, Munich and Stuttgart. The
project is a partnership between Europeana, the Deutsche Nationalbibliothek
and Oxford University.

Call for participation – We ask everybody to bring World War 1 memorabilia to the roadshows. They
will be digitised professionally and added to the online archive, along with
corresponding descriptions. Independently of the roadshows, everyone can
contribute their digitised images and information to the website –
www.europeana1914-1918.eu

Until 2014, the year of the 100th anniversary of the outbreak of World War
One, we will collect memorabilia in digital form from many of the countries
involved in the War. The project aims to save people’s family memories of this
tragedy that convulsed Europe and make them accessible to the world.
The historian Prof Dr Gerhard Hirschfeld of Universität Stuttgart/Bibliothek für
Zeitgeschichte, highlights the significance of the project: “It is vital that we hold
onto private letters and documents to reconstruct the everyday life of wartime
and the mindsets of those involved. We need to give a voice to those people
who otherwise remain silent. Their experiences as well as their fears, hopes
and fantasies are normally inaccessible to historians.”

Memorabilia and stories are kept by families for a while, but after a century
their significance is starting to fade. This First World War digital archive makes
it possible to renew and share their significance.

“By inviting people to actively contribute to its content, Europeana opens up to
users on a new level. To bring together family lore and the memories of those
involved in World War One from different countries, who have experienced
this time as allies or opponents, is a fascinating undertaking. World War One
resonates in the collective memory, and this project will spark renewed
popular interest and also scholarly research,” said Dr Elisabeth Niggemann,
Chair of the Europeana Foundation and Director General of the Deutsche
Nationalbibliothek, outlining Europeana’s aims for the project.

A new approach: crowdsourcing – One innovative aspect of the project is the application of crowdsourcing –
collecting input from people at large and assembling a wide variety of family
memorabilia which will be made accessible to the public and to researchers. In
2008, Oxford University produced a remarkable collection of 1914-18 papers,
pictures, souvenirs and memorable stories, digitised by people across the UK
and the Commonwealth in The Great War Archive –
www.oucs.ox.ac.uk/ww1lit/gwa/

Notes: Europeana (www.europeana.eu) is a partnership of European cultural
heritage associations that have joined forces to bring together the digitised
content of Europe’s galleries, libraries, museums, archives and audiovisual
collections. Currently Europeana gives integrated access to 15 million books,
films, paintings, museum objects and archival documents from some 1500
content providers. The content is drawn from every European member state
and the interface is in 27 European languages. Europeana receives its main
funding from the European Commission.

One Response to “Europeana crowdsourcing memories in Germany”