Letter to an Unknown Soldier: A Unique, Contemporary Form of Community Collection

If you had the chance to write to a soldier serving in World War One, what would you say, considering all your own experience of life and death post 1914 to hand?

As more and more events and exhibitions are being organised across the UK and beyond, commemoration for the First World War centenary is having to get creative! One of the most exciting WW1 projects to emerge in recent weeks is LETTER TO AN UNKNOWN SOLDIER. Created by Neil Bartlett and Kate Pullinger and commissioned by 14-18 NOW WW1 Centenary Art Commissions, LETTER TO AN UNKNOWN SOLDIER is a new kind of war memorial and indeed community collection: one made only of words.

The inspiration for the project is the Charles Jagger war memorial on Platform One of Paddington Station, which features a statue of an ordinary soldier in battle dress, reading a letter. The initiative invites everyone to contribute to this collaborative war memorial by writing that letter. From 28 June, throughout the 37 days leading up to the declaration of war on 4 August, the letters received will be published on the website to create a completely different kind of war memorial, one created by everyone. LETTER TO AN UNKNOWN SOLDIER will create a snapshot of how twenty-first century Britain views the First World War, one hundred years on. It will be added to the British Library online archive at the end of the project, and kept in perpetuity for generations to come. 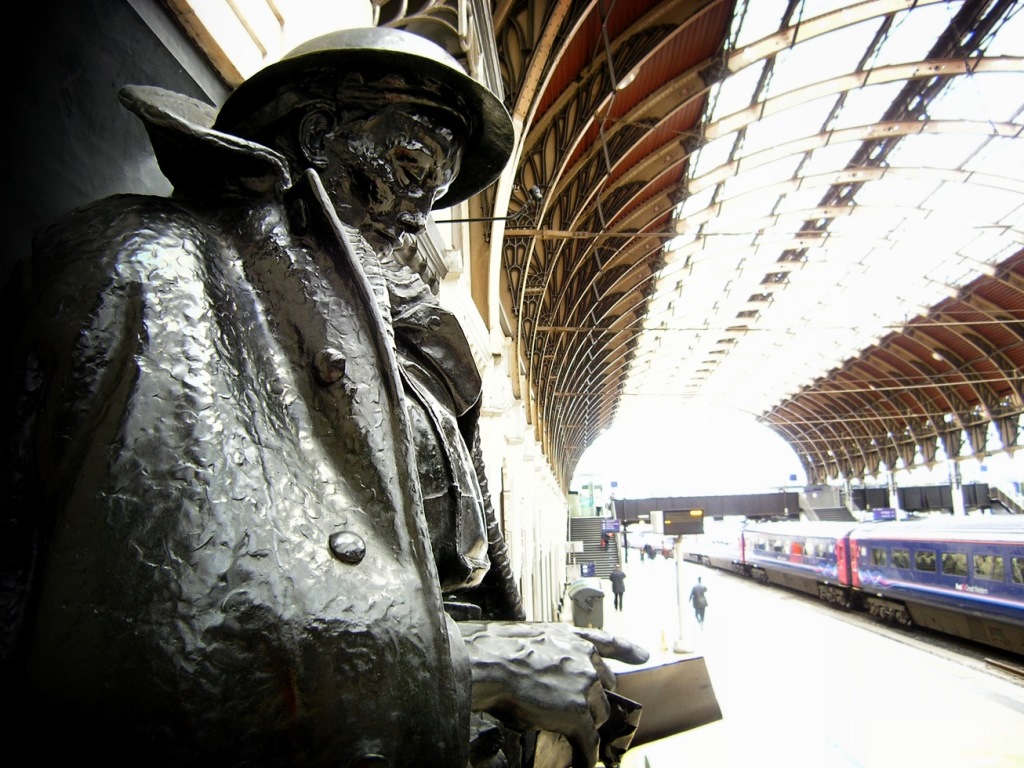 Enough time has passed now for us to think only one thought: that we will never see you again. The last I heard you were cheerful and funny, as ever. Remember when I told you that I was going to declare myself a conscientious objector? I saw a look in your eye. “My brother, a coward?” It nearly killed me. I would give anything to be in your place, a hero respected and at peace — and not just because of the insults, beatings and stones hurled at me from bus conductors, shopkeepers and children in the streets. Every night Ma and Pa sob as they try to swallow their food. I eat in another room. They cannot look at me. I try not to feel sorry for myself, but I do believe it is wrong to kill. I made my decision, you made yours. For eternity your image will stand for unquestioning courage. I will die proud of you and ashamed of myself. And that is in spite of me being right.

To be part of this extraordinary movement and contribute to this fast-expanding, unique and contemporary type of community collection visit: 1418NOW.org.uk/letter or send a letter by Royal Mail to LETTER TO AN UNKNOWN SOLDIER, PO Box 73102, London EC1P 1TY. Additionally, follow the project’s activities on Twitter and Facebook.

Artists Bob and Roberta Smith have designed a special envelope for the project.

2 Responses to “Letter to an Unknown Soldier: A Unique, Contemporary Form of Community Collection”