40 Years, 40 Objects: Celebrating the Stories of a City and its People 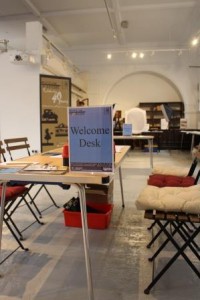 All is ready. Welcome!

This weekend, the Museum of Oxford held their first ever Community Collecting Day. The people of Oxford were asked to search their attics and bottom drawers for objects that hold personal memories of the city from the last 40 years and bring these to the event where Museum staff and volunteers were on hand to record the stories and digitise the objects.

The event is one of the activities that the Museum is running to mark its 40th anniversary. All objects brought to the Collecting Day will be included in a digital exhibition. A selection of the objects will also be included in the forthcoming ’40 Years, 40 Objects’ exhibition to open in September. The exhibition will feature everyday objects, historic artefacts and personal mementoes selected by local people and community groups to reflect their experiences and memories of Oxford over the past four decades.

Museum of Oxford Community Engagement Officer, Antonia Harland-Lang says: “This is a new way to bring the history of the city to life. We are excited to see what the people of Oxford will share and are looking forward to creating a new kind of exhibition.”

The range of objects brought to the first collection event was considerable. Some were old, some were new, some were unique and some were mass produced. What they all have in common is that they tell a story about the city and its people, told by the citizens themselves. 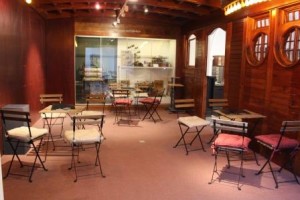 All set for the interviews

For RunCoCo it was interesting to see how the processes and guidelines we have developed were put to use in new context with equally good result. As always, careful planning, competent and efficient staff, and generous, enthusiastic contributors make for an enjoyable and rewarding event. And that is even before considering what has been collected. 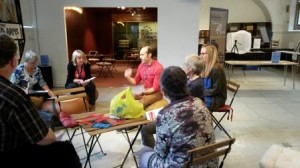 Briefing – the most important part of the day? 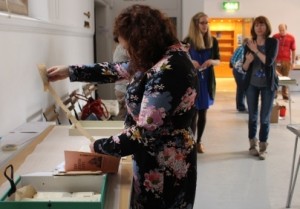 Posted in digitisation & ugc, events (external) | Comments Off on 40 Years, 40 Objects: Celebrating the Stories of a City and its People