Illustrations in support of Public Engagement with Research Awards

“Halo, aký príbeh mi rozpovieš?” [“Hi, what story can you tell me?”] Inclusion of family faces, and children especially, are key for the interest of the news broadcasters in the Europeana 1914-1918 roadshows, like this one at Univerzitná knižnica v Bratislave, Bratislava (2013) – 1.

The Oxford University team involved in Europeana 1914-1918 have entered the Vice Chancellor’s Public Engagement with Research Awards (projects), 2016. Click on each photograph to see illustrations of some of the impact of the outreach and engagement activities as part of the work to crowdsource First World War family history from local communities and online, (using the principles of “The Oxford Community Collection Model“):

Working with EU partners led by the Europeana Foundation: 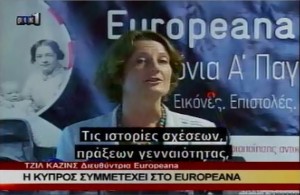 To collect online user-generated-content about the First World War across 21 European countries: 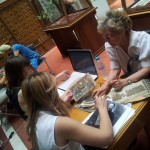 A Europeana 1914-1918 family history roadshow in Athens showing generally the age of contributors, some performing an act of remembrance (2014) – 3. 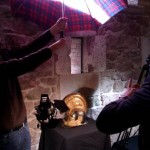 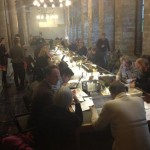 Family history roadshow at In Flanders Fields Museum, Ypres, Belgium (2012). Coincidentally a team from the Age Exchange were visiting the city and stumbled on the roadshow, which triggered an extra dimension to their dementia care arts work. – 6. 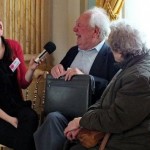 Stories being recorded in a friendly atmosphere at Palais op de Meir, Antwerpen (2013). The local team had received coaching from the Oxford team and had seen how a day unfolds at a previous roadshow. – 7.

We trained local teams, advised them about engaging audiences for their local context: 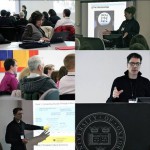 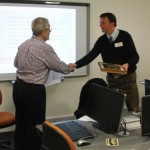 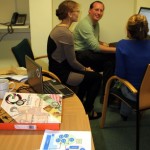 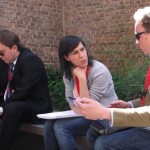 Taking any opportunity for coaching, here at an academic conference in Leuven. (2012) – 11. 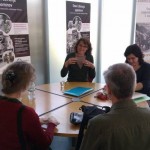 The Oxford team steady the nerves of local managers on the eve of their first of many successful roadshows in Slovenia (2012) – 12.

Family history roadshows are attractive to the media…: 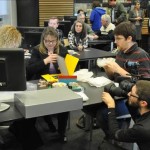 Atmospheric shots of children’s toys for news of the roadshow in Luxembourg (2012) – 13. 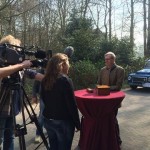 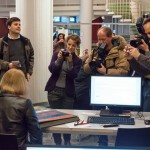 A flurry of press interest surrounds a contributor at Staatssbibliothek zu Berlin, held in conjunction with the international conference “Unlocking Sources – The First World War online” (2014) – 16. 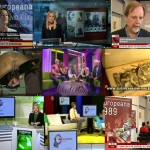 The University of Oxford is included in all press releases, featuring in hundreds of news broadcasts with a huge reach like BBC’s “The One Show”. – 17. 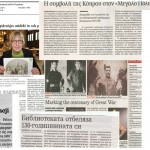 Over 2,000 entries in the media monitor during the project, most including the University of Oxford – 18. 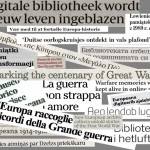 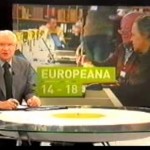 The aim is to get the press to remind the public to use the website to contribute – 20. 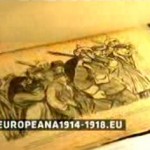 Great to get the URL of the website shown on screen. – 21. 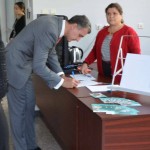 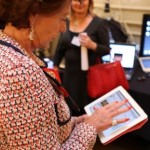 Vice-President of the European Commission Neelie Kroes browses Europeana 1914-1918 on a tablet – 23. 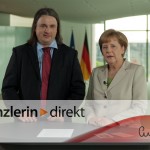 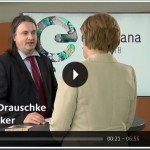 Angela Merkel discussed the importance of Europeana 1914-1918 that invites people to participate in Europe’s history – 25. 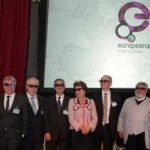 At a Council of Ministers of the European Commission, 3D-glasses are distributed to participate in an arts installation re-using content from Europeana 1914-1918. Each Minister then declared their favourite item from the collections. – 26.

The largest online archive on the War in the world, created by the public, openly available for all to explore and reuse in teaching, learning, and research: 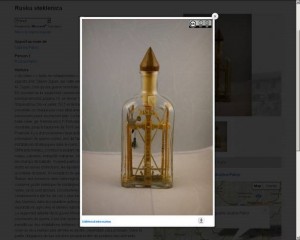 This Calvary (cross in a bottle) is a piece of Russian POW art photographed at the family history roadshow in Nova Gorica, Slovenia (2012). Interestingly similar German pieces have been contributed, and prisoner and ‘trench art’ material from across Europe features strongly in the collection, a potential for research of art and imagery. – 27.

A major digital resource to support research on the First World War: 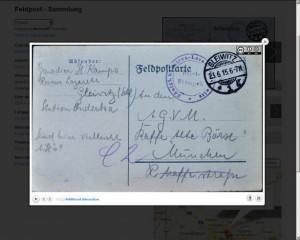 This large and remarkable collection of field post is a potential research project in its own right. It represents the wartime correspondence of members of an academic choral society from Munich who met in a local café. As a result of the Europeana 1914-1918 project the collection was donated to the archive where the roadshow was held, so the originals will be preserved and available to researchers whilst images are more widely accessible on the Internet. – 28.

EU states use crowdsourcing of digitised family stories to add to their commemoration of the centenary anniversaries: 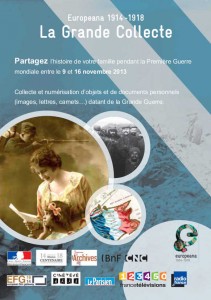 La Grande Collecte, France used Europeana 1914-1918 to run hundreds of family history roadshows in one week in 2013 to initiate their centenary commemorations – 29.

We use “stories” to engage academic audiences: 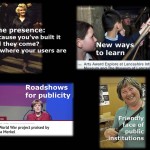 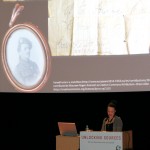 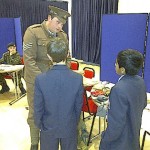 In the UK the Oxford team facilitated two pilots for museums in Oxfordshire and Lancashire to explore and exploit Europeana 1914-1918 in a more structured way for education and outreach – 32.

The work of Europeana 1914-1918 has appeared in University publications: