Chris Cooper (nicknamed ‘pod’, with deliberate lower case) joined our team in the past year on secondment from the Systems Development team where his main work for the department had been (such as on the site wide Single Sign On system, Kerberos infrastructure and similar). He had a strong knowledge of LDAP, Kerberos and system administration in general, so his skills expanded the team knowledge and a number of long standing issues were cleared up in a short space of time thanks to his involvement.

Sadly pod developed cancer and after an initial operation to deal with it via chemotherapy and by removing the majority of his stomach, the cancer came back and spread, leaving it inoperable. As a result, pod passed away on the 28th December 2012. This post is not intended an official summary – there’s been more formal commemorative provisions that we’ve assisted with – but this is just a note from our team on his passing. 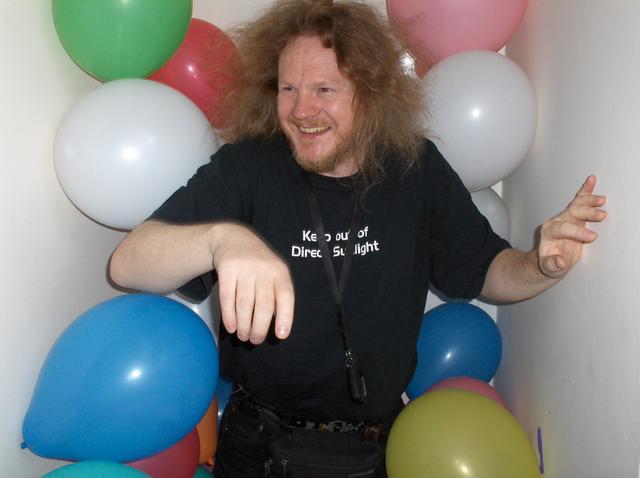 pod was quite a logical thinker, and I think he had time for anyone no matter what the previous history, as long as they thought things through in what they were discussing. I found this made him refreshingly easy to deal with in a political/professional environment, and a good second opinion or sanity check to run technical ideas past – even if they weren’t his area of technical experience. From a workplace perspective I think his legacy or challenge is for remaining staff to understand and think through issues and service migrations to the depth that pod would have – that is, I mean to say his attention to detail and meticulousness is something to live up to.

Socially I think he took effort to analyse his own reactions and behaviour and this probably contributed to his large group of friends, and no enemies that I was ever aware of. These and his other qualities also made him a good personal friend to share a drink with.

Everyone is going to miss pod.

One Response to “Chris Cooper (pod)”