A positive portrayal of Lecture Capture from History of Art 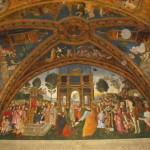 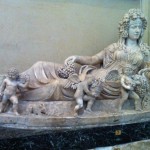 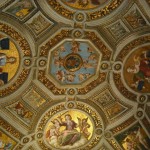 Fourteen students, one lecturer, an audio recorder and a microphone: Lecture Capture proved a straightforward installation and an instant success in the History of Art Department

Before Panopto was introduced, daily lectures were typically captured by using an audio recorder, with the track and slides uploaded one week later to WebLearn. However, this was not felt to be satisfactory: the Department sought an integrated system as students struggled to follow along with the PowerPoint with no guidance from the lecturer. ‘Special lectures’ (delivered by guest speakers or produced for outreach) were captured on an ad hoc basis by the Podcast team.

The course recorded by Panopto as part of this trial was ‘Antiquity after Antiquity’, a core paper for first year students.

One worry that lecturers often have is that Lecture Capture will render the live session obsolete and redundant. Yet History of Art has proved this isn’t the case. Students clearly stated in their feedback  that the traditional Oxford University teaching methods of lectures/classes/tutorials are felt to be most effective, and they would not elect to miss the face-to-face sessions.

History of Art plans to roll out the technology through all study years. Material covered in second year is not examined until the end of the third: lecturers find in the run-up to the exam many students return to the course. Lecture Capture could prove a key revision tool in this scenario.

The Department will be using Panopto for two papers:

The latter of these will be delivered by lecturers coming from a variety of faculties, including English, Classics and Oriental Studies. This could be the beginnings of ripples that will see Lecture Capture begin to make waves across the university…