What would the holiday season be without some of our favourite Christmas songs?

Today is all about music and we are excited to report that the GLAM project ‘Replicating Historical Musical Instruments‘ is making fantastic progress. 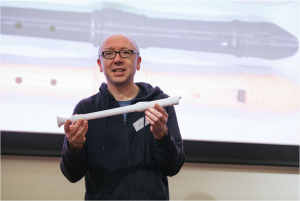 The project aims at recreating historical instruments using 3D printing technology. A 17th century ivory recorder has been chosen for this project. The recorder is still playable,  allowing for comparisons between the original and the replicas.

In November, the team had new prints of the mouthpieces and blocks made, so they now have four working accurate replicas that did not require any post-processing. On 27 November, Andrew Hughes gave a lightning talk at the GLAM Engaged Research Showcase at the Weston Library which included a performance of the original and all 5 replicas. The team is also working on a film which shows the printing process required to produce different replicas to help distribute the project’s findings. 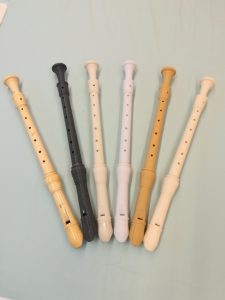 The original 17th century recorder and the five 3D printed replicas produced by the project team.

In early December, an assessment was carried out at the Bate Collection by a professional recorder player to play the original and the replicas and provide feedback from the musician’s perspective. The assessment was attended by an interdisciplinary team, including members of the Engineering Science team, Gabriele Ricchiardi (University of Turin), Mark Witkowski (Imperial College London) and Olwen Foulkes, a recorder player and PhD student at the Royal Academy of Music. Further initial testing carried out by 4th year Engineering student has produced some interesting findings, and all replicas are currently undergoing acoustic testing in the engineering lab.

We will have to wait a little longer to find out whether 3D prints are a viable alternative to original historical instruments, but the project has already produced many interesting findings that you can read more about in the following articles:

Posted in Advent2019 | Comments Off on Dec 17. Printing musical instruments in 3D