We have spoken to the team behind the recently launched project Replicating Historical Musical Instruments. This project is one of four GLAM Labs projects funded as part of this year’s IT Innovation Challenges round.

In this interview, the team outlines the progress they have already made in 3D printing historical musical instruments and how this project will bring benefit to members of the University. 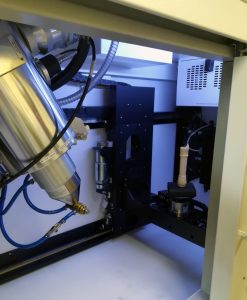 We often have requests at the Pitt Rivers from members of originating communities to play historic and culturally important instruments in the Pitt Rivers collection. They are not in playable condition, and so an alternative might be to make a 3D printed replica. It would be important for the replica to be as similar to the original as possible, including weight, feel and sound. We recognise that there are many intangible aspects around playing an original instrument, but we hope that an accurate replica might be an acceptable alternative to playing a fragile original.

While many people have made 3D replicas of instruments, there has been very little work done on comparing the sound of the original instrument with that of a replica.

1. Please tell us a little bit about the team behind Replicating Historical Musical Instruments.

Andrew, Jenny and Jeremy are the Conservation team at the Pitt Rivers Museum. We are working on this project with the Bate Collection, as well as Engineering Science, Cranfield University and several commercial 3D printing companies.

2. How did you come up with the idea for Replicating Historical Musical Instruments?

We are interested in how 3D replicas might be used in future to re-connect instruments in our collection which are not in playable condition, with the originating communities.

3. Why did you choose to apply for the IT Innovation Challenges scheme?

The IT Innovation Challenges scheme gave us the chance to easily apply for a relatively small amount of funding to trial a pilot project.

4. What was the application process like for you? Which tips would you give future applicants?

We found the application process quite straightforward. We would advise future applicants to plan their project as fully as they can.

5. What are your plans for the next few months? How will you realise your project idea? 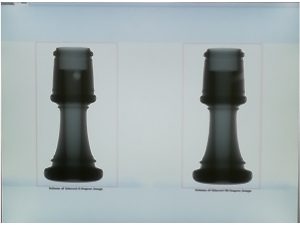 CT image of part of the Ivory Bate collection recorder

We’ve already had the ivory recorder from the Bate Collection CT scanned and, once the files have been converted, will have the replicas printed in the next few weeks.

We have a panel assessment of the sound of the replicas compared to the original planned for the summer, followed by a public assessment as part of the Oxford Open Doors Weekend (14th September).

6. How will the Replicating Historical Musical Instruments project bring benefit to students, staff and the University?

The project will hopefully explain more about the process of replicating and 3D printing instruments in museum collections – we’re hoping that others can learn from our experiences.

Read more about the project on the Pitt Rivers Museum website.