New record for IT Innovation Challenges 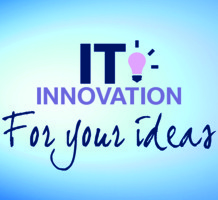 (Also posted in News from Academic IT)

The latest round of the IT Innovation Challenges has just closed for submissions with a record number of ideas being shared. This round, which was open to student only, invited ideas around the two themes ‘teaching and learning’ and ‘student welfare’. Other ideas that bring benefit to the University, its staff and/or students through digital means were also welcome. As the ideas submission stage closed, 47 ideas had been shared on the Oxford Ideas platform (https://oxfordideas.wazoku.com). The ideas had then been viewed over 3,700 time and nearly 200 people had engaged with the ideas, signalling their support and adding comments or questions. This is a considerable increase on previous student rounds, and the number of ideas is even higher than the most popular staff round (45 ideas, Hilary 2015).

The ideas will now be evaluated by the IT Innovation Challenges Panel who will draw up a shortlist and invite the successful students to present a project proposal based on their idea. The shortlist will be revealed at the end of February. Academic IT staff will then be available to help the students by providing advice on how to develop their ideas into a project; identify the resources needed, draw up a schedule of work, prepare a budget, and write the project proposal. Project proposals will be submitted to the Panel in mid-April, and decisions on what projects to fund will be made in May after a ‘pitch event’ where the students get to present their ideas to the Panel.

This is the only round of IT Innovation Challenges that is planned for this year. The staff rounds are currently suspended (see post from April 2016) but the IT Committee will review the decision during 16/17 after the level of funding for overall IT Capital investment going forward has been decided, and based on any other feedback it receives.

The ideas that have been submitted to the current student round can be viewed on the Oxford Ideas platform (https://oxfordideas.wazoku.com).

Posted in News | Tagged funding opportunity, student2017 | Comments Off on New record for IT Innovation Challenges