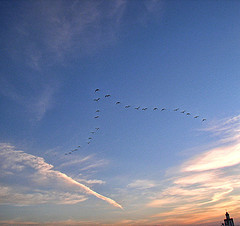 At 6pm on Friday 16th January 2015,  WebLearn  switched over to using “Course Groups” that originate from Tribal SITS instead of OSS; in other words, WebLearn has switched over to using Oxford’s new student record system. Due to circumstances beyond our control there are a very small number of changes in the membership of some of course-based Participant Groups.

The migration work involved mapping old OSS course codes to new SITS course codes and revealed that there is actually not a one-to-one mapping of courses between the two systems. As an example, where there used to be ‘Course X’ there may now be two courses: ‘Course X (full-time)’ and ‘Course X (part-time)’; there are also other more extreme examples.

If you couple this with the inevitable minor differences that have crept in when migrating course data between OSS and SITS, you can see how the membership of some of the new SITS-based “Course Groups” may differ from the groups that they replace. Most groups are identical; for groups which are not identical, the difference is only one or two group members.

Unit Groups, ie, members of departments, faculties and colleges are unchanged as they do not originate from SITS.

If any students make contact and complain that they no longer have access to one or more WebLearn sites, then we would urge you to check that the Participant Group(s) contain the correct members. If they do not then you should contact the WebLearn team and report the anomaly.